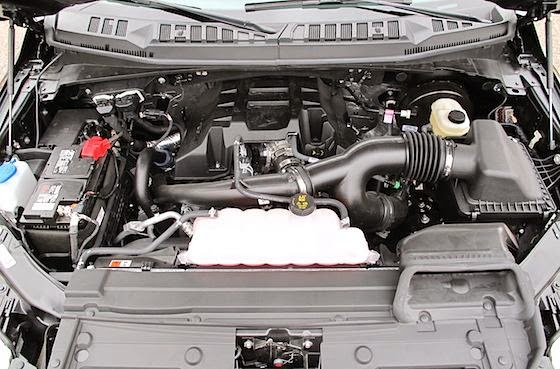 After spending a lot of time with almost a dozen light-duty pickup trucks between our 2015 Light-Duty V-8 Challenge and 2015 Annual Physical during December 2014, we found there are a few things that deserve more attention.

It's worth calling out how impressive Ford's all-new 2.7-liter V-6 EcoBoost engine performed against full-size V-8 engines (although each of the V-8 crew-cab 4x4s that were in our V-8 Challenge were at least 500 pounds to 1,100 pounds heavier than the pickups in the Annual Physical). In full-out drag racing with empty beds, the little EcoBoost performed very close to the V-8s in both zero-to-60-mph and quarter-mile times. However, the benefits of the twin-turbos were really seen when it was running at wide-open throttle with a full payload of 1,240 pounds — it handily beat the Ram, Ford and Toyota V-8s.

We are presenting the basic data here in separate charts, each comparing powertrains and weights. We've got a few more tests planned for both Ford's big and small EcoBoost engines as well as the all-new naturally aspirated base V-6.

Source: http://news.pickuptrucks.com/2015/01/smaller-ecoboost-packs-a-punch-few-v-8s-can-match.html
Posted by Northside Ford Truck Sales at 5:26 AM