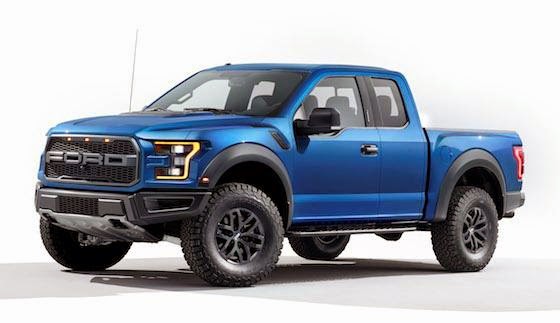 Ford pulled the wraps off one of the worst-kept secrets at the 2015 North American International Auto Show in Detroit with the reintroduction of the all-new 2017 Ford F-150 Raptor (no more SVT in the name). The Raptor will be available in fall 2016 and will have quite a few significant modifications.

The look of the gen-two Raptor echoes the original, with 6-inch-wider front and rear wide-mouth fender flares to house the 35-inch BFG All-Terrain tires. The front grille has been reshaped with new materials and gives the Ford nameplate more prominence. 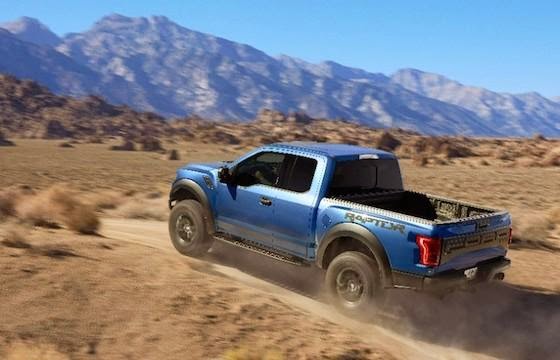 ﻿
The biggest news is under the hood, where a significantly improved 3.5-liter EcoBoost V-6 will produce more power than ever before. All Ford would tell us is that it will be more than 411 horsepower and 434 pounds-feet of torque, which is the rating for the Raptor's previously available 6.2-liter V-8 engine option. We've also been told that equivalent Raptors (2014 versus 2017) will have a weight difference of approximately 500 pounds due in large part to the new F-150 Raptor exterior (body panels, cab and bed) being made out of aluminum.

Mated to this new motor will be an all-new 10-speed transmission, which will be the first application of the unit; it will likely spread to other F-150 models throughout the lineup.

Another first for the Raptor, and likely for the entire F-150 lineup, will be the use of a smarter, more sophisticated terrain management system that will allow the driver to make off-road performance changes to the truck via a terrain control center. The new system will allow the driver to select between six modes to give the vehicle the best chance to conquer any challenges that may come on extreme rock trails, high-speed desert courses, at the track or in slushy snow. The modes are Normal, Street, Weather (for rain, snow and ice), Mud-Sand, Baja and Rock.

Thankfully, Ford has upgraded the Fox shock package to give the Raptor even more heat-dissipation strength and capability. Of course, the full length of the F-150's frame has been redesigned for added strength and durability.

The Raptor took a hiatus for the 2015 and 2016 model years to give the Dearborn Truck Plant in Michigan time to get settled. The new Raptors will only be made in Dearborn, as before, and it will be a long time before we hear anything about price.