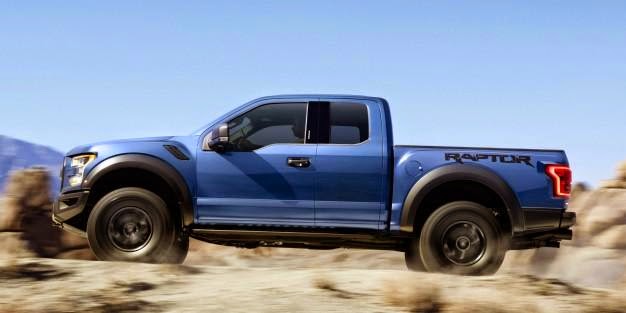 There’s a lot to be excited about with the all-new 2017 Ford Raptor: The weight-saving aluminum body. The crazy-cool combo 4WD/AWD drivetrain. And the EcoBoost twin-turbo V-6, which, Ford’s head of global product development, Raj Nair, says will kick out a walloping 450 horsepower.

The number-drop came during a Fox Sports TV interview at the 24 Hours of Daytona, and it confirms what Ford promised at the Raptor’s Detroit auto show debut—that the 3.5-liter V-6 in the new truck will crank out more power than the 6.2-liter V-8 in the current model. Asked to comment, a Ford spokesman would neither confirm nor deny Nair’s figure but pointed out that much calibration remains to be done before the truck’s showroom debut in 18 months.

Today’s Raptor makes a respectable 411 horses and 434 lb-ft of naturally aspirated torque. But the all-new EcoBoost V-6 that will appear under the 2017 model’s hood uses some serious tricks, including a complex anti-lag system and a combined port- and direct-injection setup, to crank out major power. That engine, which you can read all about here, will also go on to power the supercar
Ford GT, meaning 450 horses is likely just the beginning.

So don’t sweat, pal. The V-8 may soon disappear from the Raptor, but it won’t be taking any performance with it when it goes. Ford’s insane muscle-truck will be just as bonkers as ever.
A version of this story originally appeared on roadandtrack.com.

Posted by Northside Ford Truck Sales at 3:48 AM