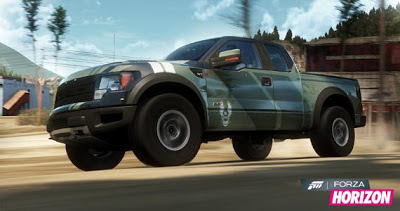 Reflecting Raptor’s leading sales results – with an increase of 40 percent in 2012 – sales of licensed products of Raptor are also leading their categories in toy and gaming segments.

Raptor replicas are extremely popular when it comes to children’s choices in toys and video games. Manufacturers know how much children of all ages enjoy the pickup. In fact, Ford Motor Company’s licensing demands have reached an all-time high, replacing GM’s Hummer brand as the most sought-after licensed truck. 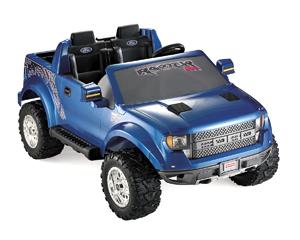 Raptor’s popularity in licensed merchandise clearly reflects its leading position in the performance truck market. Its reputation as the ultimate high-performance off-road pickup has helped increase sales this year by 20 percent, breaking last year’s record. And, in October and November, Raptor sales reached an all-time high as the first and second best sales months, ever.

The most popular toy and video game brands in the world enjoy tremendous success from their Raptor-inspired creations.

“We knew we had a winner on our hands when we first introduced Raptor to the toy and video game companies three years ago,” said Mark Bentley, licensing manager, Ford Global Brand Licensing. “Licensing executives from all the top brands immediately understood Raptor’s potential and moved quickly to sign agreements with Ford Global Brand Licensing. They have not regretted that decision.”

A wide range of toys from ride-ons to simulator games are available this holiday season:
“Raptor products can be found in nearly every major distribution channel,” said Bentley. “From toy retailers such as Toys R Us, Walmart and Target, to hobby stores such as Hobby Lobby, Michaels, smaller independent retailers, drug store chains and dollar stores, Raptor is everywhere.”

Raptor isn’t limited to toy trucks, remote-controlled trucks and video games; replicas are now available in almost every imaginable form for kids to enjoy, including 3D puzzles and sketchbooks.

It is a global phenomenon licensed by companies in Canada, Germany, Japan, China and Brazil, so children all over the world can enjoy the fun of Raptor.

“Although it is a very American truck, Raptor is truly global in its appeal and is sought by companies everywhere,” said Bentley.