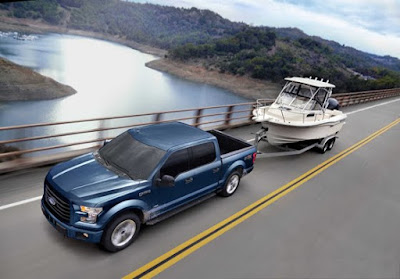 Ford just released EPA fuel economy ratings for the 2017 Ford F-150 with the second-generation twin-turbo 3.5-liter V-6 EcoBoost and 10-speed transmission. As a quick reminder, the new and improved engine makes 10 more horsepower (now 375 hp) and 50 more pounds-feet of torque (now 470 pounds-feet) than the 3.5-liter V-6 EcoBoost it's replacing. And although those numbers don't sound dramatically different, we can say the performance of the new combination — due in large part to smarter computer tuning — is impressive.

The second-generation EcoBoost V-6 is the same engine and transmission combination that will be in the 2017 Ford Raptor, but it will offer 450 hp and 510 pounds-feet of torque in that pickup truck.

All axle gearing in regular F-150 models remains the same, as does payload and tow ratings for the various configurations and trim packages.