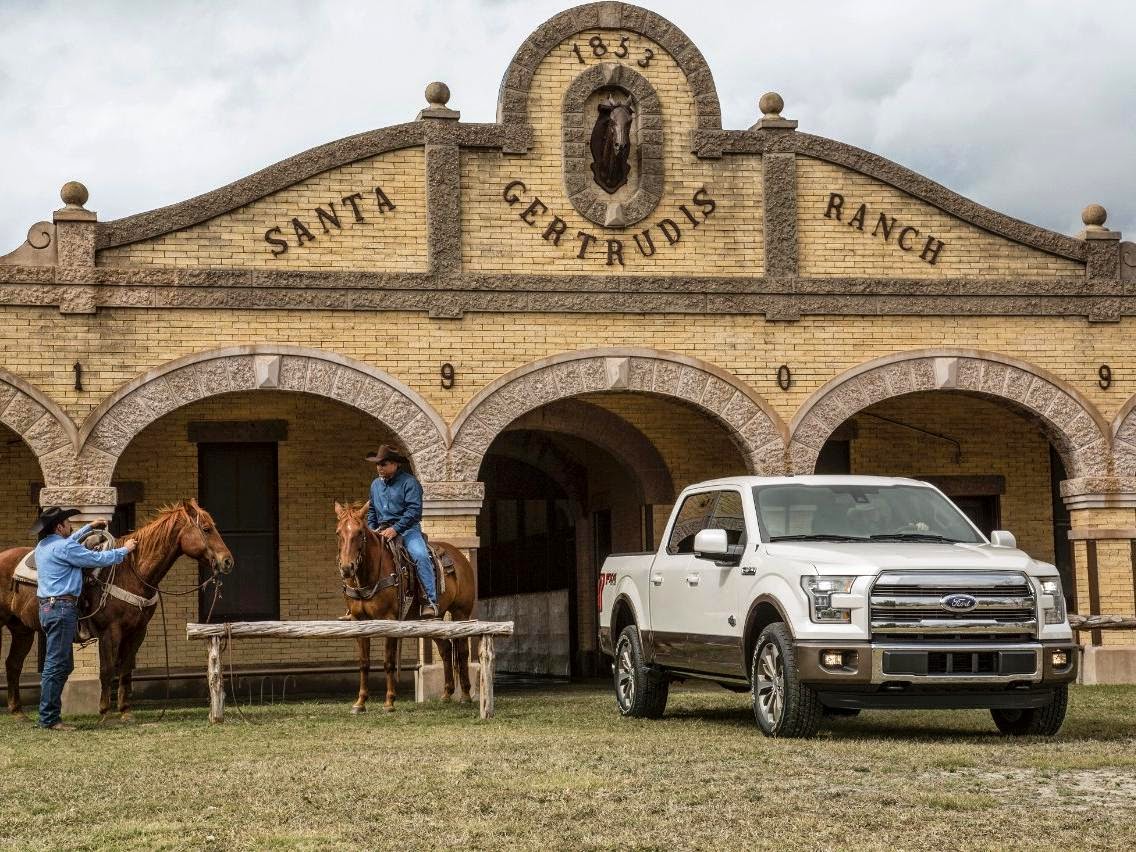 Including this win, 9 of the last twelve Truck of Texas honorees have been Ford F-Series Trucks.

In designing the backbone of the all-new F-150, the toughest, smartest, most capable F-150 ever, Ford engineers improved its signature, fully boxed ladder frame. The frame is all-new, with more high-strength steel than ever – making it stronger and lighter. High-strength, military-grade, aluminum alloy – already in use in aerospace, commercial transportation, energy and other rugged industries – is used throughout the F-150 body for the first time, improving dent and ding resistance while saving up to 700 pounds of weight.

The new F-150 is the most fuel-efficient F-150 ever, thanks to the dramatic improvements in weight and advanced engine technology. Every model, every engine and every customer benefits from this weight savings. This means the 2015 F-150 can tow up to 1,100 more pounds, haul up to 530 more pounds and will have better fuel economy ratings than the current F-150 lineup, projected to be in the range of at least 5 percent and as much as 20 percent higher than current models, depending on the model. (EPA-estimated fuel economy ratings are not yet available and will likely be announced in November.)

“TAWA members are among the first to experience the all-new F-150’s breakthrough innovations and best-in-class capabilities, features that will help our hardworking customers improve their productivity,” said Joe Hinrichs, Ford president, The Americas. “It is an honor to again be named Truck of Texas. We are committed to continuously improving America’s favorite trucks.”

Evaluations at TAWA Truck Rodeo are just the latest testing the all-new F-150 has undergone. When it arrives in showrooms later this year, the 2015 F-150 will have endured the equivalent of more than 10 million miles of torture testing to ensure it meets or exceeds Built Ford Tough standards.

In addition to an all-new 2.7-liter EcoBoost® engine, the new F-150 offers customers a complete lineup of powertrains to allow them to tailor the truck to best meet their needs. The 3.5-liter EcoBoost engine returns, an all-new normally aspirated 3.5-liter V6 debuts and there is an improved 5.0-liter V8.

The all-new Transit replaces America’s best-selling van for 35 years, Ford E-Series. Transit offers a maximum cargo capacity of up to 487 cubic feet – 75 percent more than the largest E-Series. When equipped with the 3.5-liter EcoBoost engine, the van delivers as much as 46 percent better fuel efficiency than E-Series with the 6.8-liter V10 premium engine, along with more payload. Transit equipped with the standard 3.7-liter V6 has up to 19 percent better fuel efficiency than E-Series with its standard 4.6-liter V8 engine.

“Transit delivers it all – better fuel economy, more capability, the largest number of technology choices, and the most innovative and diversified offering of configurations in a full-size van,” said Hinrichs. “We’re honored TAWA members also have recognized Transit as a game changer for our hardworking commercial vehicle customers.”

Ford Motor Company, a global automotive industry leader based in Dearborn, Mich., manufactures or distributes automobiles across six continents. With about 186,000 employees and 65 plants worldwide, the company’s automotive brands include Ford and Lincoln. The company provides financial services through Ford Motor Credit Company. For more information regarding Ford and its products worldwide, please visit corporate.ford.com.
Posted by Northside Ford Truck Sales at 3:22 AM