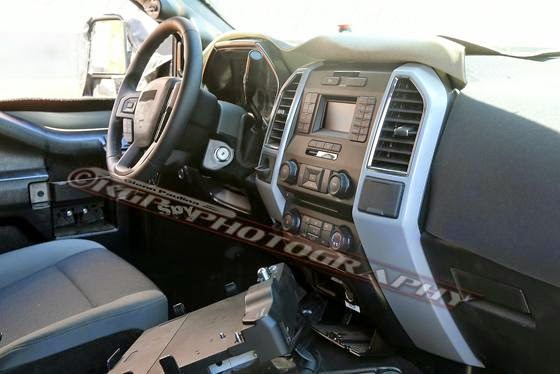 After the dramatic images last week of a new Ford Super Duty burning to the ground in California's Death Valley, you can imagine that our spy shooters were hypersensitive to Super Duty testing. Their attentiveness paid off as they were able to close enough to a new test truck to look inside. It looks as if all three HD truckmakers will have interiors that look similar to their half-ton counterparts. Here's what they had to say:

"We now have the first interior photos of Ford's overhauled 2016/2017 Super Duty pickups, caught clean and unobstructed — including a look into the backseat area.

"Recent iterations of Ford's Super Duty trucks have traditionally had a different dashboard design from its lighter-duty brethren, but there appears to be a much greater design confluence between the next-gen Super Duty models and redesigned 2015 F-150. This strategy might be a cost-cutting measure to help counteract the Super Duty's presumably more expensive all-aluminum body (although Ford execs claim that price bumps on the 2015 F-150 are due to increased content, not its new use of aluminum). Regardless, it appears that the dashboards of the Super Duty trucks are going to be closer to the F-150.

"We also managed to grab a quick shot into the rear cabin area of the Super Duty prototype, and can now discern some of what is lurking beneath all of that heavy camouflage. We can see that the crew cab will get a slight kick-up at the base of the rear-side-window, resembling a similar design flourish found on the new F-150. It also appears that the prototype's C-pillar is thicker than on the current Super Duty, suggesting potentially greater cab volume to rival Ram's Mega Cab." 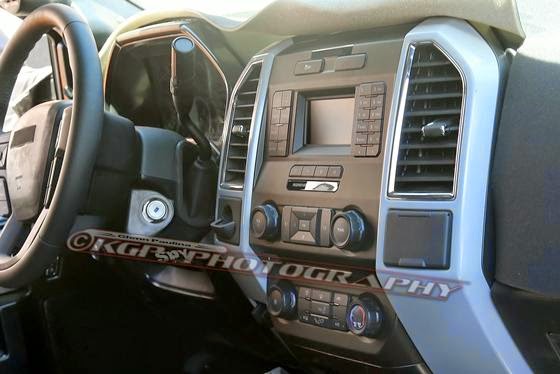 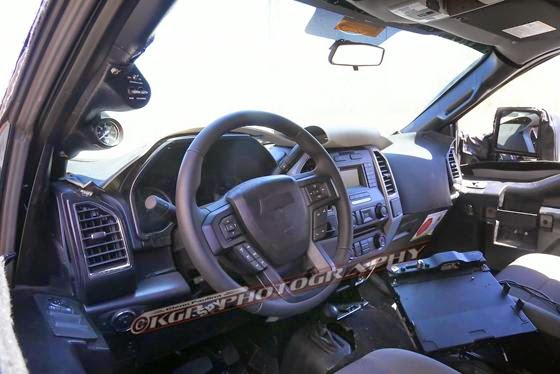 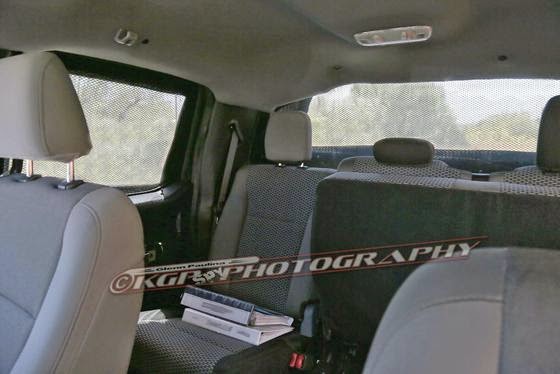 From www. pickuptrucks.com
Posted by Northside Ford Truck Sales at 3:24 AM