A media event demonstrated the driving versatility of the Transit as Ford launches its E-Series replacement. 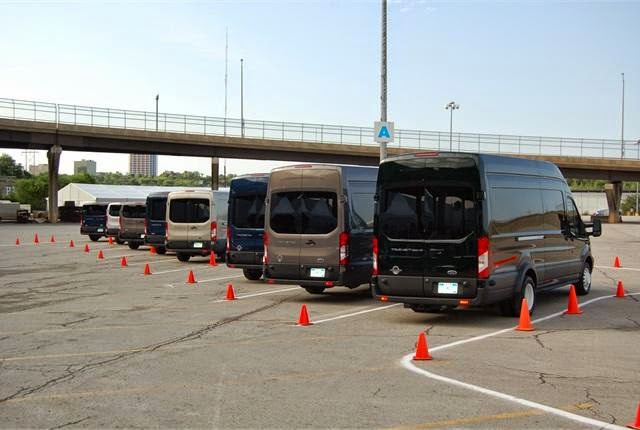 A group of automotive media representatives descended onto "Paris of the Plains" (a.k.a. Kansas City) in early June to test out the newest iteration of the 2015 Ford Transit, actually nine versions of it to be exact.

After a quick presentation from the Ford execs, we were unleashed on the high-, medium- and high roof versions of the Transit, as well as three different body lengths, and passenger and cargo versions.
The first part of the test drive was held on a closed course next to Kansas City's Kemper Arena. The car took to the slalom turns and quick stops quite easily, and made its way through the turnaround section quickly with little effort on the part of the driver.

After spending an hour driving the course with each van, including the 3.7-liter Ti-VCT V-6, 3.5-liter EcoBoost, and 3.2-liter I-5 Power Stroke Turbo Diesel engines powering us, the group split into reporter/Ford technician pairs to make their way around the Kansas City area.

The first stop was the Ford assembly plant, which is running three shifts to meet expected demand for the E-Series replacement. As I made my way onto the freeway, a quick press of the pedal pumped the EcoBoost engine to speeds matching the flow of traffic without having to cause any congestion. The fuel economy seemed undaunted by my rapid and necessary accelerations, as I constantly checked the gas gauge along the way. 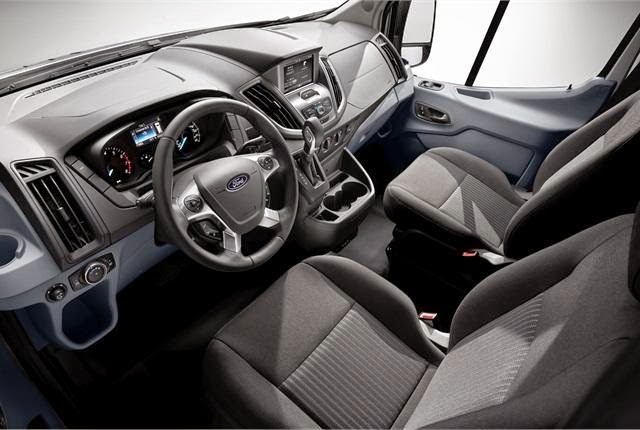 The interior had all of the creature comforts you'd expect in the van, but everything was easily in reach, from the in-dash touchscreen to the cup and cellphone holders on either side of the steering wheel. There were also multiple USB ports so that you can charge your cellphone and play music from your iPod through the vehicle's audio system at the same time (for those of us who do not have an iPhone). The seating was comfortable and offered a helpful view of the road ahead.
Whether taking it across Kansas City freeways or through city and rural roads, the new Transit made for a comfortable and easy to hahttp://www.government-fleet.comndle drive, even when the navigator forgot to inform you to make a turn and a split-second change had to be made on a well-traveled city road.

From  http://www.government-fleet.com
Posted by Northside Ford Truck Sales at 3:14 AM