Ford Transit is joining History’s “American Pickers” as stars Mike Wolfe and Frank Fritz travel around the United States, searching remote and rustic locations for classic gems that can be restored and resold. 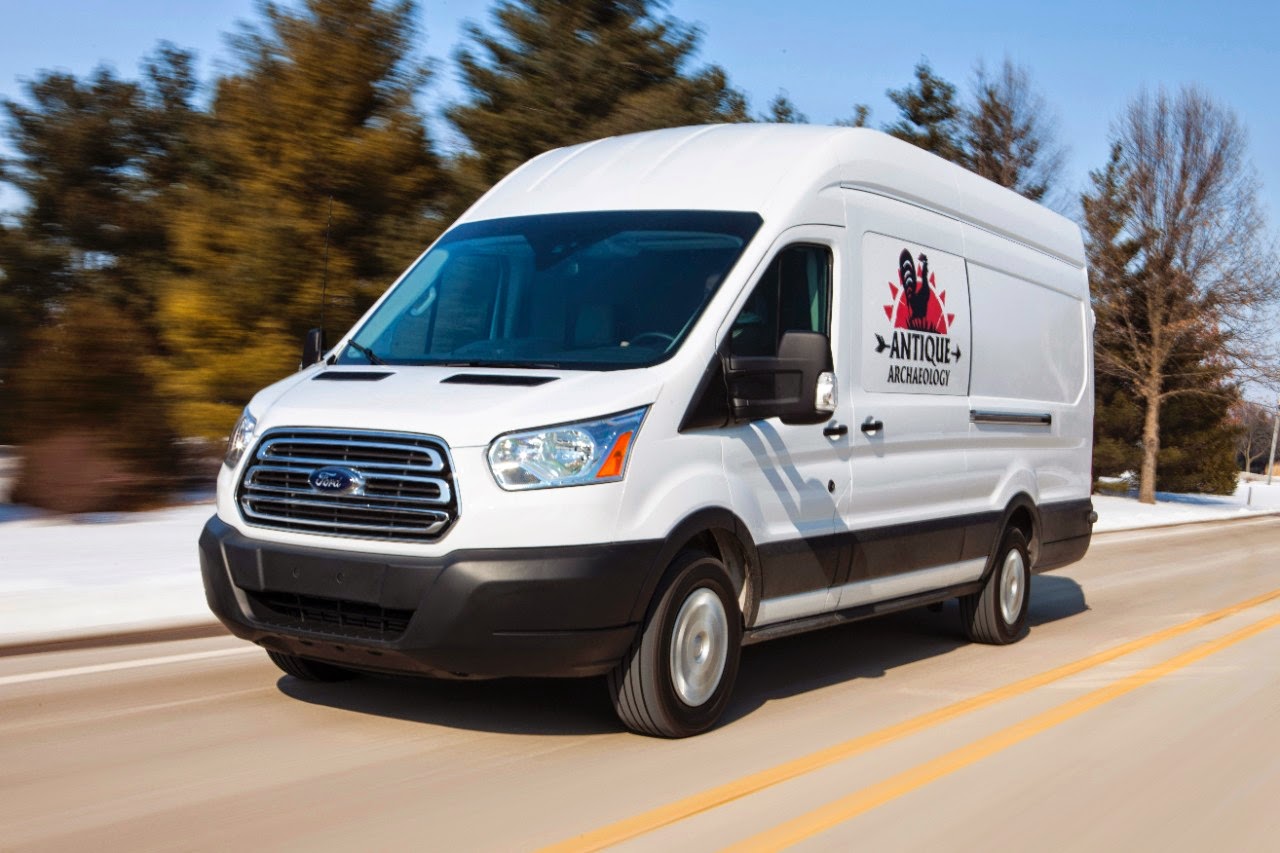 Wolfe and Fritz will drive a 2015 Transit, a full-size van designed for commercial use, in their mission to find these relics.

“The biggest thing is, when the van is full, then we’ve got to come home. I’m interested in real estate on wheels,” Wolfe says during the episode airing April 30. “There were four or five different vehicles I was looking at, and I just keep coming back to the Ford as the better choice.”

The show is just one example of how Ford Transit serves the needs of small businesses and commercial fleets.

To celebrate the debut of Transit on “American Pickers,” Ford is hosting a scavenger hunt that challenges contestants to find one of 10 scale-model Transit vehicles on display in antique shops across the United States. The 10 winners get the use of a 2015 Transit for two weeks. (No purchase necessary. Promotion ends 7/1/14. Click here for details: social.ford.com/winTransit)

“We are thrilled to expand the great multi-year relationship we have with Ford,” said Peter Olsen, executive vice president of national ad sales for History. “We look forward to the Transit being part of Pickers for many years to come.”

The 2015 model year Transit – built at Ford’s Kansas City Assembly Plant – will be available in three body lengths, two wheelbases and three roof heights; in van, wagon, chassis cab and cutaway body styles; and in XL and XLT trim levels, offering more choices than ever from a Ford commercial van.

The high-roof Transit – with best-in-class 81.5 inches of interior height – provides enough headroom for a person 6 feet 8 inches tall to stand upright in the cargo area. In some configurations, Transit offers as much as 75 percent more cargo volume than the largest E-Series, saving customers the fuel costs and time associated with having to make a second trip.

“‘American Pickers’ fits in with the spirit of the Transit family as vehicles people can rely on to get the job done.”

The van used on “American Pickers” will feature an available rear-view camera and available Reverse Sensing System.
Posted by Northside Ford Truck Sales at 9:00 AM