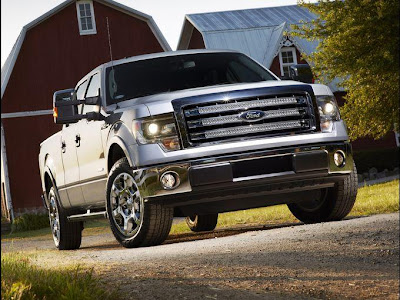 Ford's best-selling F-150 pickup bumped the Toyota Camry as the most "American-made" vehicle in the latest annual America-Made Index by our colleagues at Cars.com's Kicking Tires blog.

To even be considered for the American-Made Index, a vehicle has to have 75% North American content. Other factors in the formula include where the vehicle is built and U.S. sales -- since a low-selling vehicle may be mostly made here but creates fewer U.S. jobs. Mays says the lists doesn't include any models built exclusively outside the U.S., or models soon to be discontinued without a U.S.-built successor.

Find the complete stories at:


http://blogs.cars.com/kickingtires/2013/06/carscom-releases-the-2013-american-made-index.html
Posted by Northside Ford Truck Sales at 10:00 AM