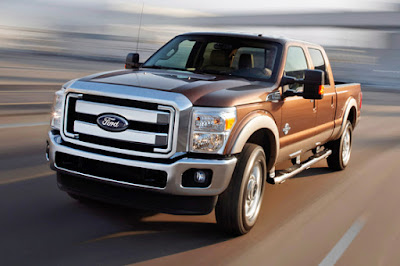 People choose large pickup trucks or SUVs for specific reasons such as hauling, towing or moving lots of people and gear. But there may be another reason to invest in these vehicles, which could save you a good chunk of money in the long run.


PopularMechanics.com is reporting that a new survey by automotive research firm iSeeCars.com shows that nine of the top 12 vehicles (it's actually a top 10 list but No. 5 and No. 9 are ties) most likely to make it to 200,000 miles are full-size pickups or SUVs. Two midsize players make the list as well; holding down the No. 3 and No. 10 spots are the Toyota 4Runner and Tacoma, respectively.

The survey analyzed 12 million vehicles sold between 1981 and 2015 to find the vehicles with the highest percentage still in use after 200,000 miles of recorded service. Unfortunately, there's no information about how these owners took care of their vehicles, but the results are still pretty interesting.


Four of the top 12 are pickups, with three three-quarter-ton pickups: the Ford F-250 (first place), the Chevrolet Silverado 2500 (second place) and the GMC Sierra 2500 (sixth place). The Tacoma took the final spot. Only one car, the Toyota Avalon, makes the list; the rest of the vehicles are full-size SUVs.


Here are the vehicles and what percent of them are still on the road after 200,000 miles.


Posted by Northside Ford Truck Sales at 7:30 AM