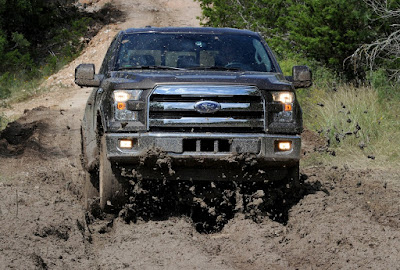 DEARBORN, Mich.– When it comes to delivering vehicles that owners really love, 3 of the Ford nameplates led in their respective segments as per the latest J.D. Power 2015 U.S. Automotive Performance, Execution and Layout (APEAL) Study released earlier today. Ford had three segment award recipients – C-MAX, Expedition and the F-150.

The all-new 2015 Ford F-150 – the toughest, smartest, most capable F-150 ever –achieved highest ranking for the Large LightDuty Pickup award, which received the accolade for the  second consecutive year. In addition, Ford Expedition ranked highest in the Large SUV segment and the C-MAX received the Compact Multi-Purpose Vehicle Award.

According to J.D. Power, the APEAL study, now in its 20th year, is the industry benchmark for new-vehicle appeal, examining how gratifying a new vehicle is to own and drive.  Owners evaluate their vehicle across 77 attributes, which combine into an overall APEAL Index score that is measured on a 1000-point scale.

With three segment awards and an overall brand score of 798, Ford improved by 9 points over last year in the annual study and now equals the industry average.