A New F150 Could Be Just the Begining for Ford 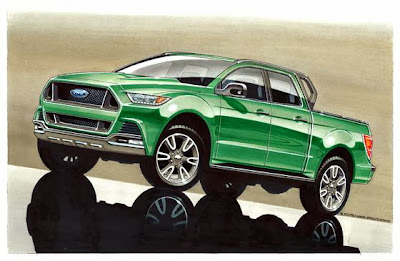 Yes, it sounds like the hugely important and highly profitable all-new Ford F-150 will debut at the North American International Auto Show in Detroit, and it will create ripples that will be felt, no doubt, across the industry for years to come. To say this truck is important to Ford is almost laughable. And, you can bet, since other truck makers have significantly revised or completely redesigned their own pickups to better compete with half-ton Fords in the last several years, they will be watching very closely.

Add to the mix of this very important debut the fact that Ford is also bringing out a new Mustang for the 2015 model year, and you can see why there is so much interest both inside and outside the auto industry.

A next-generation F-150 that attacks the more challenging, staggered EPA fuel economy standards that come online in 2016, and then get bumped up again for 2025, will likely cost more to produce and certainly have a host of segment-leading technology and problem-solving features. We saw the Atlas concept earlier this year and, as much as Ford representatives want to deny it, from the interior and exterior spy shots we've seen so far, it looks like this new Ford will be more advanced than anything we've seen in the segment. No doubt this truck has taken a lot of money to develop, and could cost a big chunk of change more to produce. Those costs could be driven by the possible use of more expensive (but lightweight) materials.

It wouldn't surprise us one bit if Ford is hedging a few bets and spreading out this hefty development cost onto another, potentially smaller, pickup platform. Perhaps it would be adapted to North American tastes and requirements, remaking the global Ford Ranger that's so popular in Asia and Australia. It wouldn't take much for a clever and efficient small pickup to gobble up market share. Clearly, that's what GM is hoping much sooner in the timeline with the Colorado and Canyon. We thought it might be interesting to see what a new Ranger might look like (Can you see any Mustang in there?) and offer it for your enjoyment.

We've also included some sketches that Ford provided to us of some of the designs it was entertaining in the early stages of Atlas design, and this image of the tailgate storage box caught our eye. We were one of the few people who liked the Ford Explorer Sport Trac for its composite bed-hidden storage cubbies, but always thought the small bed storage drawer at the back of the bed was annoyingly inconvenient. This design makes more sense and is infinitely more practical than the Ram 1500 Sun Chaser's tailgate bench seat.

We'll see exactly what Ford has to offer us early on Jan. 13 during its press conference reveal, and we'll be right here delivering all we know and find out. More to come. 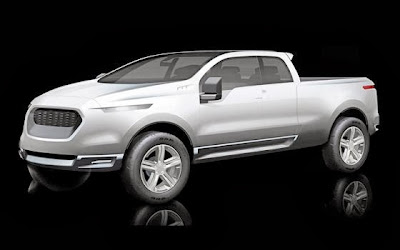 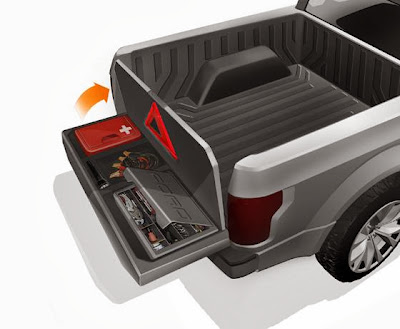 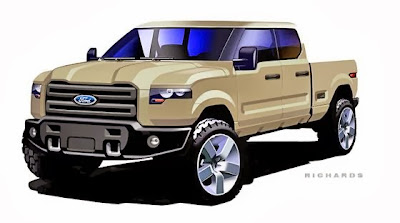 
From http://news.pickuptrucks.com/
Posted by Northside Ford Truck Sales at 9:00 AM