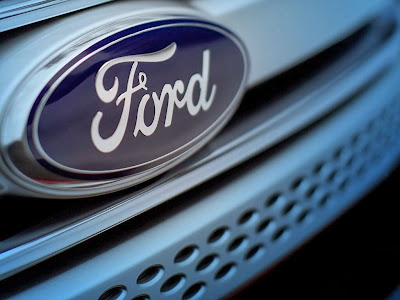 The float includes a giant likeness of Henry Ford sitting in front of a birthday cake that marks the 150th anniversary of his birth. Also featured are a giant globe and a Ford Focus, the world’s best-selling vehicle nameplate, in recognition of the company’s global reach.

Six giant screens on the float show the contributions that Ford Motor Company Fund and Ford Volunteer Corps members make around the world.

One of the country’s largest and longest-running parades, America’s Thanksgiving Parade presented by Art Van will take place this Thursday in downtown Detroit.

“The parade is a great Detroit Thanksgiving Day family tradition, as well as an opportunity to celebrate our communities and encourage our neighbors to get involved,” said Bill Ford. “This new float is an exciting way to recognize both the legacy of our company’s founder and our investment in communities through funding of creative programs and the work of our Ford Volunteer Corps.”

Elena Ford, vice president for Ford global dealer and consumer experience and great-great-granddaughter of Henry Ford, will ride on the float in the Thanksgiving Day parade. Forty members of the Ford Volunteers Corp will walk alongside the float.

“Henry Ford and his legacy helped shape our region – and the world,” said Tony Michaels, president and CEO, The Parade Company, which puts on the Thanksgiving Day parade. “We appreciate what Ford Motor Company continues to provide for our community.”

As official parade vehicle, more than 40 Ford cars and trucks will take part in the festivities, including F-Series, Mustang and other Ford vehicles that will carry celebrities and pull floats.

The nearly three-mile-long parade starts at 8:45 a.m. at Woodward Avenue and Kirby Street near the DIA. The parade will be featured locally on WDIV-TV and WJR-AM, and the first hour will be aired in 140 markets across the country.

Ford Motor Company, a global automotive industry leader based in Dearborn, Mich., manufactures or distributes automobiles across six continents. With about 180,000 employees and 65 plants worldwide, the company’s automotive brands include Ford and Lincoln. The company provides financial services through Ford Motor Credit Company. For more information regarding Ford and its products worldwide, please visit corporate.ford.com.
Posted by Northside Ford Truck Sales at 9:00 AM