Independent Testing to U.S. EPS UDDS Bears It Out 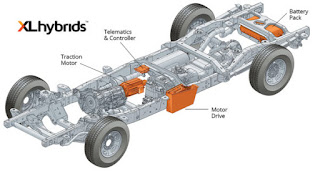 
The fuel efficiency results include a better than 50% reduction in NOx emissions, states a release.

“Our XL3 Hybrid System is especially effective for fleets to reduce fuel consumption in metropolitan driving environments and vehicles in stop-and-go traffic,” he said.

The UDDS testing was conducted on a Ford Transit cargo van with a 3.7-liter engine. The XL3 drive is available on a wide range new and existing Class 2 to 6 commercial fleet vehicles. It can be installed in less than six hours.