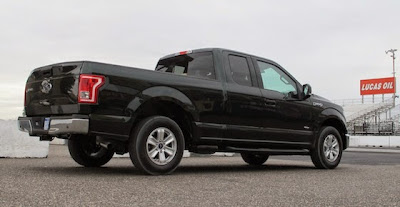 The National Highway Traffic Safety Administration has released safety ratings for the 2015 Ford F-150 regular-cab and SuperCab models, and they are identical to the SuperCrew results.


Both the regular-cab and SuperCab (commonly called extended cab) models got five-star safety ratings (the highest possible) in three crash categories: frontal, side and overall. Both cab configurations received four-star ratings for rollover safety, just like the SuperCrew. These 2015 federal safety ratings are better in frontal-crash tests and overall when compared to comparable 2014 cab configurations.


Although NHTSA test results are often quoted in marketing material, the Insurance Institute for Highway Safety also does vehicle safety testing that includes roof-crush ratings as well as offset crash results. Those results have not been completed or reported yet for the 2015 Ford F-150. That will likely come later this summer.