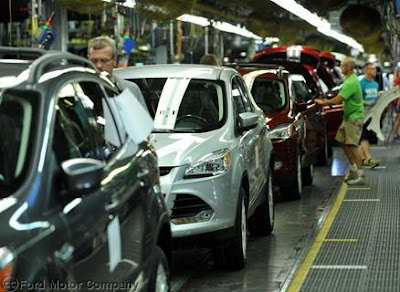 “The global One Ford plan is making it possible for us to deploy One Manufacturing, a single Ford production system that will pay tremendous dividends through standard processes, greater flexibility and improved investment efficiency,” said John Fleming, Ford executive vice president, Global Manufacturing, at the Center for Automotive Research Management Briefing Seminars today.

As Ford brings on new facilities, it is expanding the use of common manufacturing processes and standard systems for tracking material, delivery, maintenance and environmental costs so that new and existing plants are aligned in how they operate. Ford is also making broader use of virtual tools that reduce the cost of new plants and improve the efficiencies of new model changeovers.

“It is critical that all of our assembly operations, wherever they are located, speak the same language when it comes to producing high-quality vehicles in a safe and efficient way,” said Fleming.


Posted by Northside Ford Truck Sales at 3:00 AM