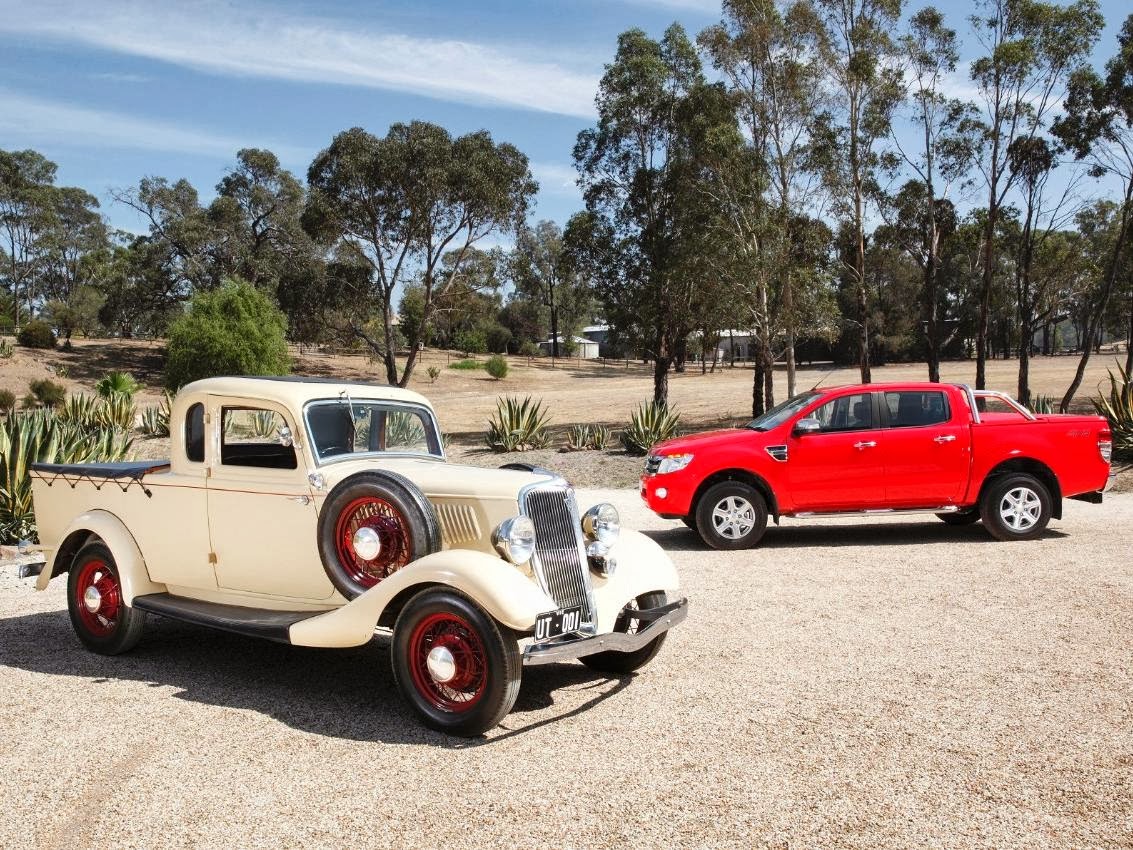 Ford is celebrating the 80th anniversary of its Australian invention of the iconic ute, which led to the development of vehicles such as the F-Series and Ranger and propelled the company to years of truck leadership.

Not only was it an Australian invention, but the concept has been exported to the world, reinterpreted by other manufacturers and gained a legion of fans everywhere.

The story of the first Ford ute is a key part of Ford’s rich heritage that has seen the development of such iconic vehicles as the F-Series.

Like all good ideas, the first integrated passenger-car based Ute was born out of necessity, very much like the first Model T Ford.

In mid-1933 the then managing director of the Ford Motor Company of Australia, Hubert French, received a letter from a farmer’s wife in Gippsland, Victoria.

She wrote: “My husband and I can’t afford a car and a truck but we need a car to go to church on Sunday and a truck to take the pigs to market on Monday. Can you help?” What the customer wanted was a vehicle with passenger car comfort but could also carry loads.

French passed the letter on to a young design engineer, Lewis (Lew) Bandt, who had joined the company only a few years previously as Ford’s only designer. Bandt was just 23 years old but was already showing a flair for design for which he was to become quite famous until he retired in 1975.

Bandt died in 1987, after being involved in an accident driving a restored version of the Utility he helped make famous.

Bandt’s take on the passenger car-based utility was considered revolutionary at the time. Until the early 1930s, many auto manufacturers and vehicle body builders had constructed wooden or metal ‘utility’ bodies on car chassis. Henry Ford’s Model T was a particular favourite and Ford T “Buckboards” and “Utility Runabouts” were to be found on farms and delivering goods in towns and cities throughout the world.

The ute is Born

Where Bandt’s design differed was that he developed his Ford utility as a coupe (two-passenger, steel-paneled, glass-windowed car) with an integrated steel-paneled load carrying section at the rear. What Bandt did was to blend the ‘pickup’ sides into a coupe body, which provided a cleaner profile and increased the load area behind the cabin.

He completed his original design in October, 1933, and quickly produced two prototypes for testing. By January 23, 1934, he had the final drawings and the new Ford ute went into production with Bandt christening his design a ‘coupe-utility’. When the first utes came off the production line in 1934 two were sent to Canada. The car even caught the eye of Henry Ford.

Bandt’s original full-scale blueprint drawings of the 1934 coupe utility are now archived in Australia and the rebuilt version of the Bandt coupe-utility is – appropriately – housed in a museum in the rural country Victorian town of Chewton, near Melbourne.

The cabin was the same as the four-door Model 40 Ford five-window coupe. But, instead of the rear luggage compartment or ‘dicky seat’, Bandt added a wooden-framed utility section with steel outer panels welded to the coupe body to form a smooth-sided vehicle.

Lew Bandt’s daughter, Dr Ros Bandt said it was her father’s stunning foresight to marry beautiful design and on-the-ground practicality and make it available to all Ford customers.

“I can't imagine what it must have been like in this pressured war-torn time in the 1930s to have the vision to create an affordable Ute on the land to help with everyday tasks, both work and play and be able to connect over distance,” Dr Bandt said.

“Dad created a brilliant stylish workhorse, which is the legacy he has left to all farmers and owners who enjoy and depend on their utes worldwide. In his words; he wanted the farmer's wife and the pigs to have a glorious ride.”

Lewis Bandt’s coupe utility was a first for Ford Australia and his ingenuity had a great impact on the then developing Australia auto industry.

The original Bandt-designed Ford ute paved the way for what has morphed into what has become some of the world’s biggest selling vehicles – the Pickup or utility. It also spawned the Falcon ute, which has been a firm favourite with customers since the first Falcon XK ute was launched in 1961.

In total, Ford Australia has sold more than 455,000 Falcon utes, among the most popular being the Falcon XB, XF II, AU II, BA and current FG models.

The Australian designed and developed Ford Ranger is also widely sold in more than 180 different countries.

Ford sold more than one million trucks globally in 2013, building on the company’s truck leadership that includes:
About Ford Motor Company