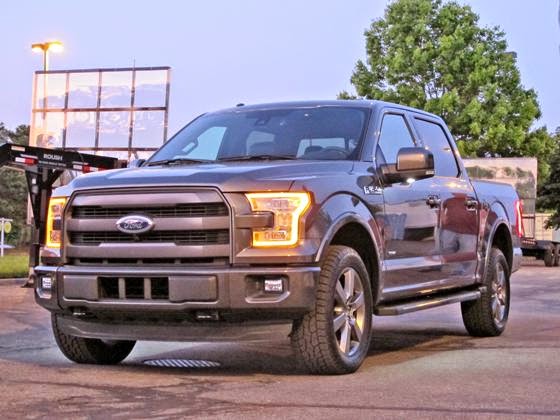 Like an encounter with the elusive Bigfoot, we got a big surprise when we found ourselves face-to-face with the brand-new aluminum-bodied Ford F-150, due at dealerships toward the end of the year. In the midst of our 2014 Ultimate Heavy-Duty Challenge in and around Ann Arbor, Mich., area, we had the chance to see a fully loaded 2015 Ford F-150 4x4 Lariat Sport. 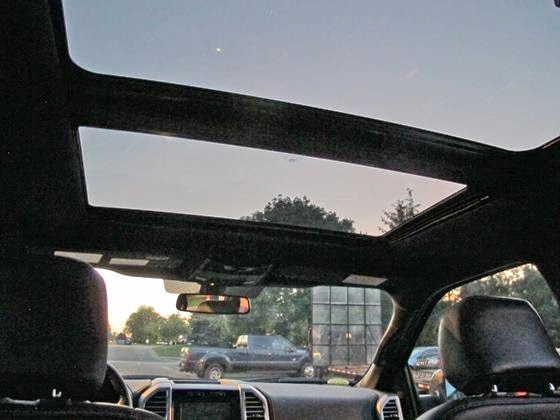 Clearly this was an early build vehicle, out of its cage long before any journalists will have a chance to get behind the wheel, but we were allowed to touch it and take photos in the protected area behind our hotel. Build quality looks impressive, and the level of detail and technology in the truck is impressive.

We spent a lot of time scrolling through the multilayered information screen (between the speedometer and tachometer) where the data is sorted like a filing cabinet, clicking on tabs and lists to set and access all sorts of numbers and settings. The towing mirrors have tremendous capability, and cameras embedded into the mirrors provide the new half-ton with the segment's first 360-degree capabilities. Also, the front EcoBoost air intake is equipped with automatic shutters that allow the engine to both cool and warm up faster for better efficiency, which should directly translate into better fuel economy. Finally, and we thought this one needed more consideration, the trailer brake controller is buried far under the dash — making it even more difficult to see or grab easily than in the 2014 model.


No doubt we'll be seeing more of the new F-150 as more of the pickup trucks come out of the Dearborn Truck Plant. From what we understand, the trucks won't get to dealerships until the fourth quarter of the year so this could be the best time to get a good deal on a current-generation F-150. Ford will have to be careful with inventory as it makes the changeover and dealers wind down their current inventory. A misplayed hand in the early stages could rob Ford of any new-truck momentum as it heads into 2015.